Due to the coronavirus outbreak, the students from the Guildhall School of Music & Drama are unable to perform in this Sunday’s concert. 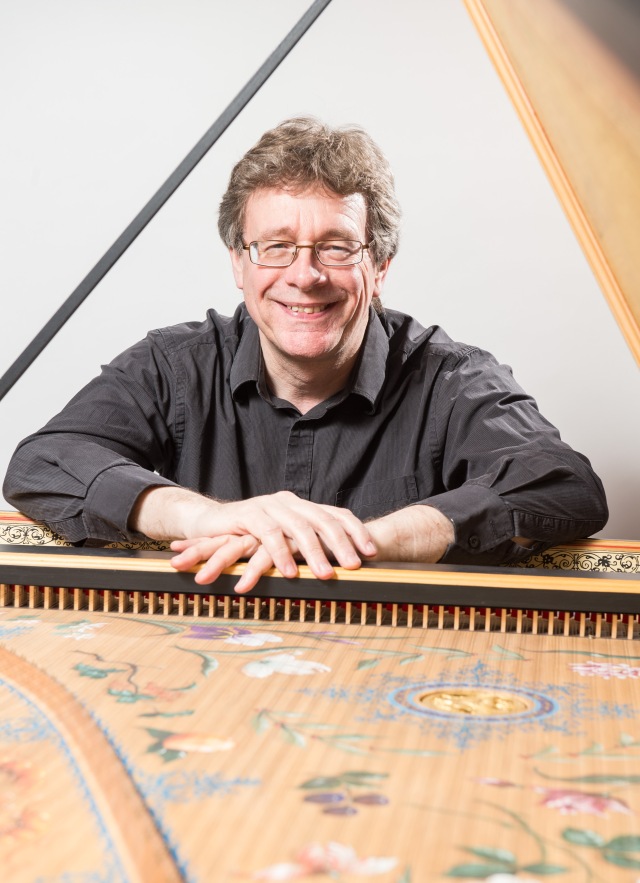 We begin our concert with an expansive work by the British composer, musicologist and educationist, Sir William Henry Hadow (1859-1937). Hadow was one of the foremost scholars of his day. His writings include several books on music, and he was appointed General Editor of The Oxford History of Music in 1896 and was a contributor to early editions of Grove’s Dictionary of Music. He held several important positions in British Higher Education: he was a Fellow of Worcester College, Oxford; Principal of Armstrong College, Newcastle-upon-Tyne; Vice-Chancellor of Sheffield University and Chairman of a government committee that produced the influential Hadow Report in 1926.

His compositions (including numerous songs, a piano sonata, a violin sonata and a string quartet, as well as the G major Clarinet Sonata performed today) are all relatively early works – completed before the onset of his illustrious academic career – and were much influenced by the German tradition, reflecting the fact that he had spent several years after graduation pursuing further study in Darmstadt. He was on very close terms with Brahms, whose two clarinet sonatas Op.120 Hadow surely knew through the performances of Richard Mühlfeld, for whom they had been written. The autograph manuscript of Hadow’s own Clarinet Sonata in G notes that it was begun very shortly after Brahms’s death (Hadow’s obituary of Brahms, in the May issue of The Contemporary Review, was the first to appear in English). In both the sweeping lyrical clarinet writing and the full-flowing textures of the piano part, Hadow’s sonata is obviously indebted to Brahms – likewise in its solid developmental approach and adventurously chromatic harmonies – although in the majestic show movement the foundations are perhaps to be found instead in the English hymn tradition.

Beethoven’s 32 Piano Sonatas (actually there are 35) have been described as the ‘New Testament’ of piano music – complementing the ‘Old Testament’: Bach’s 48 Preludes & Fugues (which were not written for piano). On this flimsiest of foundations are textbook traditions built! Likewise open to question is the simplistic division of Beethoven’s composing career into three phases: early; middle; and late. His E minor Sonata, Op.90 was composed during the summer of 1814 and was first published in spring 1815 (the delay, as was typical, being down to a combination of typographical inconsistency by the printer, Beethoven’s fussiness as a proof-reader and, in this case, his insistence on borrowing back his fair copy manuscript from the publisher during the typesetting process in order to loan it to one of his pupils). It stands on the cusp of Beethoven’s ‘late’ style in various respects, one of which is that it has only two movements (the first in sonata form in E minor, followed by a ‘Sonata Rondo’ in E major). The pairing of minor-major was something he was to return to in his very last Sonata (in C minor, Op.111). Likewise associated with his later procedures is the structure of the sonata form opening movement (specifically the way in which Beethoven establishes and moves between different thematic ideas or areas, and also in terms of his unusual use of different major and minor keys). The E major finale (which may well have defined the parameters of the Lullaby genre up to and including Brahms) contrasts markedly with its turbulent predecessor, as can be seen from Beethoven’s very precise expression markings – written in German, not Italian – at the head of each movement (another typical feature of his later works)

Richard Mühlfeld (1856-1907), the youngest of four brothers in a musical family, learned to play both violin and clarinet, and indeed, his first professional position (1873) was as a violinist at the court of Saxe-Meiningen. It was, however, as a clarinettist that he acquired his fame. By 1879, Mühlfeld had been appointed principal clarinettist at Meiningen (under the renowned conductor, Hans von Bülow), and it was during a visit there, in 1891, that Brahms was dazzled by Mühlfeld’s virtuosity. The rest is history. Brahms (who had composed nothing for over a year before this encounter) immediately began work on the Clarinet Trio, Op.114 and the Clarinet Quintet, Op.115 (both first performed in December that year). In 1894 Brahms followed up with two clarinet sonatas, Op.120 for Mühlfeld, and on 7 January 1895, Brahms himself partnered Mühlfeld in their first performance – which turned out to be the first of many such duo recitals across Germany. Mühlfeld’s performing career took him all over Europe, and he was especially popular in England, where he performed the sonatas with the pianist, Fanny Davies at St. James’s Hall, London on 24 June 1895. The velvety tone of Mühlfeld’s Ottensteiner clarinets proved the perfect vehicle for his evidently dramatic and moving performances of Brahms’s sonatas which capture such a broad expressive range from the lyrical, through the pastoral to the epic in scale.

Previously Head of Historical Performance at the Guildhall School of Music & Drama, London, Jane now leads their successful Coaching and Mentoring Department within Guildhall Innovation. In addition to regular masterclasses and international adjudicating, she has pursued a busy international career as a clarinettist, playing all over the world with many renowned ensembles including the Orchestra of the Age of Enlightenment, Tafelmusik and The Academy of Ancient Music. Her repertoire is vast and extends from the works of Handel, Telemann and Vivaldi through to Wagner, Mahler and Debussy – all on historically appropriate instruments. Jane has recorded for Analekta (Canada), ATMA (Canada) and sfz music (UK) and Devine Music (UK) performing Mozart’s Clarinet Quintet, solo repertoire for the Basset Horn, wind music by Gossec and Méhul and Lieder by Schubert. Her chamber music discs, Mozart Chamber Music Vols.1 & 2 (Devine Music 2017, 18), and Beethoven and the art of Arrangement with Ensemble DeNOTE (Omnibus Classics, 2015) gained 4* and 5* reviews in The Observer, The Guardian and Early Music Review.

Recently described as ‘One of the foremost exponents of the period piano in the UK’, John specializes in music of the later 18th century. International Piano has described his Beethoven playing as ‘Excellent…played with historical awareness and humour’. His most recent solo CD is Josef Haydn Piano Sonatas (Devine Music DMCD005). His Mozart and Beethoven chamber music CDs with Ensemble DeNOTE have garnered 5* and 4* reviews in The Observer, Guardian Classical and Early Music Review – the Mozart playing praised for its lyricism, inventive ornamentation and ‘gorgeously subtle colouring.’ John is Professor at the Guildhall School of Music & Drama, and previously taught at Trinity Laban Conservatoire of Music and Dance. His academic career embraced Bristol University (where he was Professor of Music) and London University (Director of The Institute of Musical Research). An internationally-recognized Mozart scholar, he has published six books on Mozart, including an international best-selling biography, The Treasures of Mozart (André Deutsch, 2010) and contributions to the internationally-acclaimed The Mozart Project (a digital book for iPad, 2014).